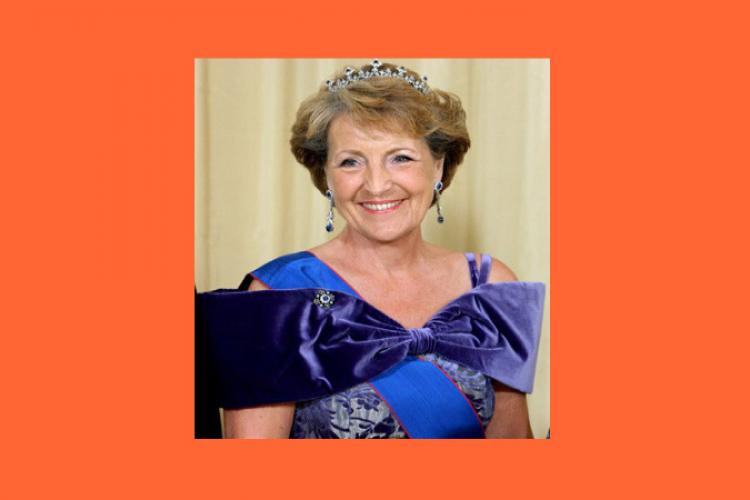 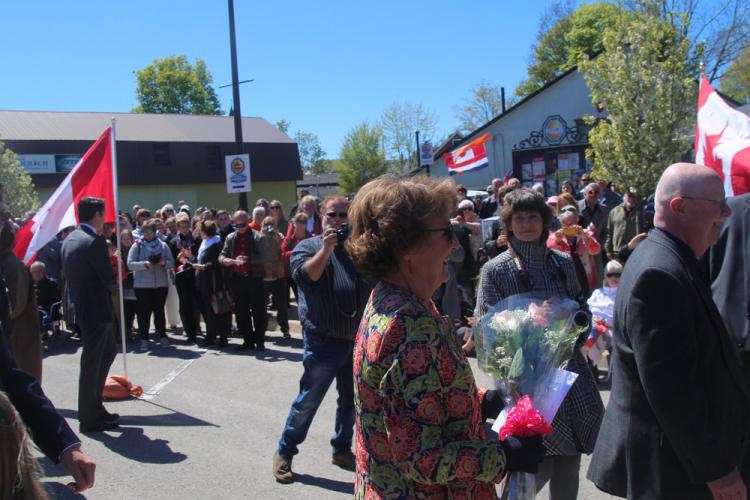 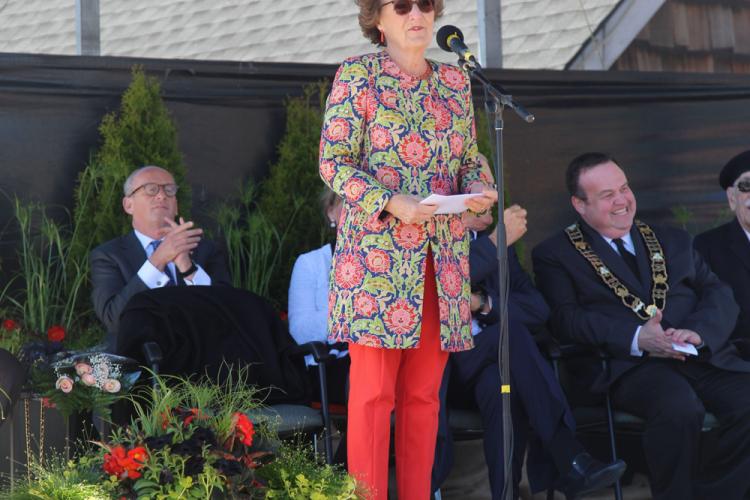 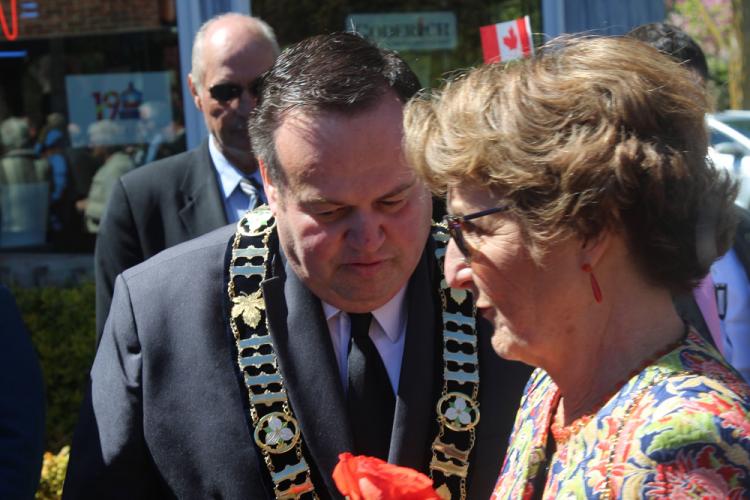 Princess Margriet has often represented the monarchy of the Netherlands at official or semi-official events. Some of these functions have brought her back to Canada, the country where she was born de facto, and to events organized by the Dutch merchant navy of which she is a patron.

The Royal Party from the Netherlands arrived in Halifax, Nova Scotia during June of 1940. Princess Juliana stated during a Canadian radio broadcast about her children.....”You will see them in your midst. You will see them quite often, because we don't like locking ourselves up – that is not our nature. I hope that you will be kind towards them. Just give them a smile. Then they will be happy and will ask for nothing more.”  Princess Juliana quickly became a favourite of Canada by displaying simple warmth and asking that she and her family be treated as any Canadian family would be treated. She sent her daughters to public school, did her own shopping, and shopped at Woolworth's Department store. She enjoyed going to the movies and would stand in line just as everyone else did. Their first residence was on ten acres of land and was located at 120 Lansdowne Road. When the woman next door to this address was about to give birth, Princess Juliana offered to look after her children for her.

Princess Margriet was born on January 19, 1943 in the Ottawa Civic Hospital. The family of Princess Juliana (Queen Juliana) and her husband Prince Bernhard had been living in Canada since June 1940 after the occupation of the Netherlands by Nazi Germany. The maternity ward at the Ottawa Civic Hospital in where Princess Margriet was born was temporarily declared to be extraterritorial by the Canadian Government. Making the maternity ward outside of the Canadian domain caused it to be unaffiliated with any jurisdiction and technically international territory. This was done to ensure the newborn Princess would derive her citizenship from her mother only, thus making her solely Dutch.

She was named appropriately after the marguerite, “the daisy of freedom” which was the flower worn during the war as a symbol of the resistance to Nazi Germany. Princess Margriet was christened at St. Andrew's Presbyterian Church in Ottawa, on June 29, 1943. Her godparents included President Franklin D. Roosevelt of the United States, Queen Elizabeth of the United Kingdom, the Crown Princess of Norway, Martine Roell and the Dutch Merchant Fleet.

Once Princess Margriet was born, the family decided that larger quarters were in order and they moved into Stornaway and this is where the family lived until they went back home to the Netherlands.

Princess Juliana while in Canada worked as a volunteer at the Superfluity Shop and this was a secondhand store which had been set up by a group of women who wanted to raise funds for the war effort. She also did a great deal of knitting for the military and donated blood to the Canadian Red Cross.

Following the liberation of the Netherland by the Canadian military forces, Princess Margriet departed from Canada and on August 9, 1945 she stepped onto Dutch soil for the first time a short  while later.

Following the family sojourn in Canada, Princess Margriet discovered that  mealtimes just were not what she was accustomed to in Canada. For one thing, there was no ice-cream.

There had been quite an abundance of food when the princess was in Canada and she noticed immediately food was not as readily available in Holland due to the post-war food shortages.

Princess Margriet has visited Canada numerous times and she has received and honorary doctorate from Mcmaster University in Hamilton in 2012.

Following the war the gratitude of the Dutch Royal Family felt for its time in Ottawa – coupled with the thanks that they felt for the role that the Canadian forces played in the liberation of their country – also spawned one of Ottawa's higher profile and more colourful annual events: the Tulip Festival.

Following the return of the Royal Family to the Netherlands, Queen Wilhelmina, gave Canada 100,000 tulip bulbs and this has become an annual gift, and the inspiration of the festival that was launched seven decades ago.

Princess Juliana in 1944 stated ….. “My baby will always be a link with Canada. Not only for my own family but for the Netherlands.”

While Princess Margriet and her family lived in Canada – it was the chance for them to live a relatively normal life. Princess Juliana made sure her children were seen in public and that they would live informally.

On May 14th, 2017 Princess Margriet and her husband, Professor Pieter Van Vollenhoven made an offical visit to Goderich, in Huron County to unveil a plaque at the Liberation Memorial Park, review a parade in her honour. They then attended a Liberation of the Netherlands concert performed by the band of the Royal Regiment of Canada.